Holiday Tips for Side Turkey

Side is a very attractive and popular area on the Turkish Riviera. Side is located on a narrow peninsula in the Mediterranean and has a history of thousands of years. The sun, sea, nature and rich history combined, make Side a very popular area. The mild winters and good accessibility from Antalya Airport make for a great demand for housing in this area.

Side is located in the centre of a diverse and very beautiful region where the Taurus Mountains descend to the Pamphylian plain. The historic city centre of Side is located on a unique peninsula, flanked by two exceptionally beautiful beaches. The word “Side” originally comes from Arabic and means pomegranate. The city was given this name because of the shape of the ancient Roman port, which is reminiscent of a pomegranate. Once, Side was the secret meeting place of Cleopatra and Marcus Antonius.

The ancient ruins still are amply present today, embedded in the current townscape of Side. Despite the fact that Side has developed into one of the largest holiday seaside resorts on the Turkish coast, it has retained its specific charm and atmosphere of an ancient Roman town. The impressive amphitheatre, dating from the second century and with a beautiful view across the sea, is definitely worth a visit. In this theatre an opera and ballet festival is still organized every year. Also the ruins of the old, ancient streets, once flanked by arcades and small shops and the marketplace where once slaves were sold, can still be seen. The nearby museum, including a carefully restored bathhouse from the 5th century, houses many antique highlights.

The numerous lively, busy streets all lead to the harbour, offering many experienced (and less experienced) traders the opportunity to do good business. A variety of shops can be found here, with i.a. Turkish delicacies, designer clothes (fake and real, but at least still cheaper than at home), all kinds of crafts, leather goods (hand-knotted) carpets and a huge choice of silver and gold shops.

Anything is possible in the surroundings of Side. From an exciting boat tour to a jeep safari. On the GetYourGuide website you’ll find an up-to-date overview of 40+ local activities. Take a look at these fun activities and don’t forget to book your holiday in one of our lovely apartments.

Side is located on the southwest coast of Turkey, approximately 63 km from Antalya airport. This airport is the largest charter airport of Turkey and the only one that is open all year. Side, with its many beautiful, sandy beaches, is one of the most popular holiday destinations. Therefore it houses many hotels, from simple to luxurious. The well-preserved and restored city centre with the amphitheatre, literally makes it possible for you to “TO STEP INTO THE FOOTSTEPS OF THE ANCIENT ROMANS”.

Lovely photos of Side area ... 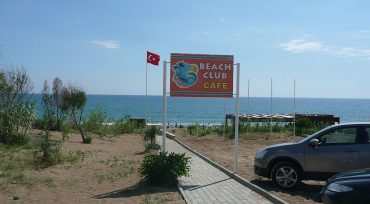 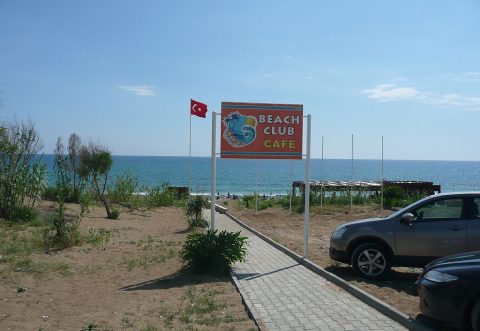 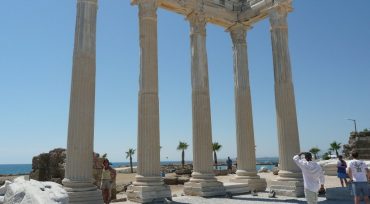 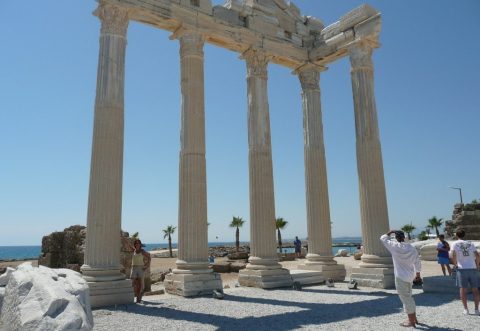 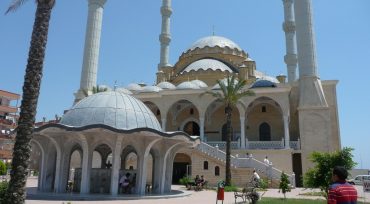 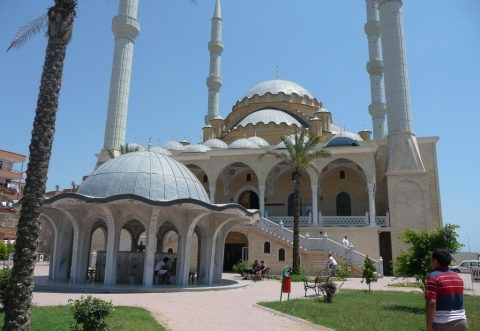 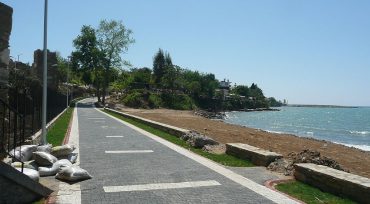 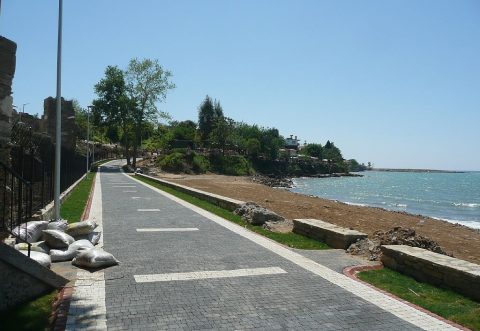 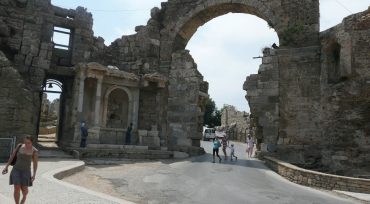 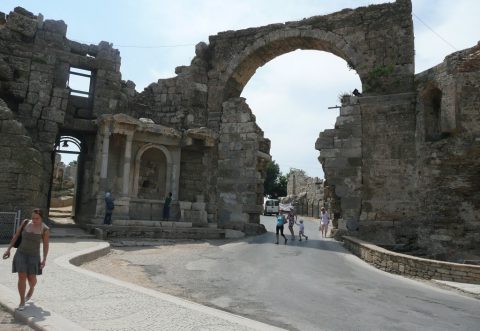 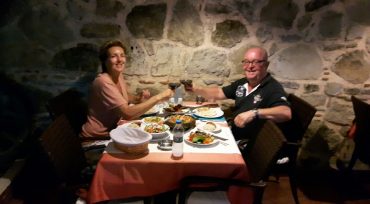 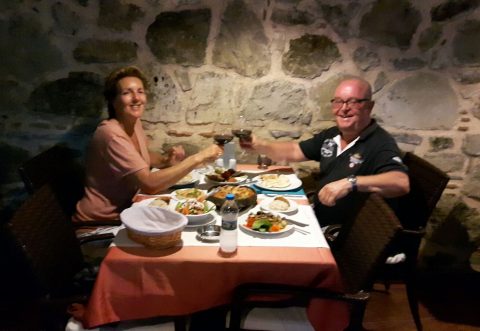 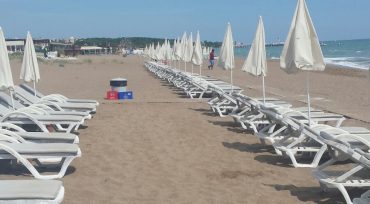 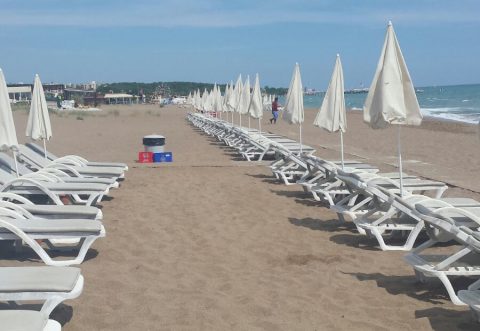 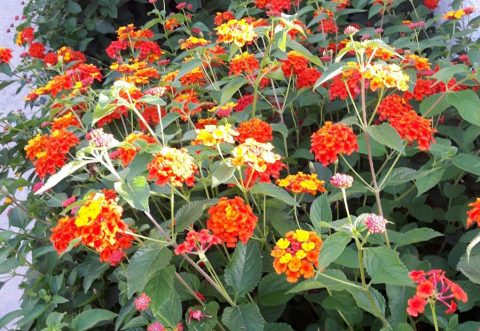 View photos of our apartments ❯

The Turkish Riviera has the most stable climate in Turkey. In Alanya, Side, Belek and Kemer, the main seaside resorts on the Turkish Riviera, the weather is lovely from April onwards. From spring, the temperature of approximately 20 degrees rises to over 30 degrees Celsius in July and August. Also in autumn it still is very pleasant in this coastal area with temperatures of 31 degrees in September and approximately 23 degrees in October and November. Even the seawater has a pleasant temperature of over 20 degrees from May to late November.

Wintering
As of 2009/2010, some beach bars, including Beach Club on the East Beach, will be open all year. For the “winterer”, Side is becoming an increasingly popular place where it also is lovely to be at Christmas and New Year. With an outdoor temperature of just under 20 degrees, which is virtually equal to the water temperature, it is wonderful “to catch a breath of fresh air” on the sandy beaches. The mayor of Side intends to make a tourist town of Side where visitors can recreate all year round.

The long, sandy beaches are some of the best of the Turkish coast and also a top tourist attraction. Paragliding, diving, jet skis, almost every water sport is available, while of course many like to laze under the hot Mediterranean sun.

The Side Beach consists of three parts: the Side beach, the centre beach and the Sorgun Beach. The beaches all run gradually into the sea. The Side Beach is located on the northwest side of the city centre and is sandy. The central beach, situated on the southern edge of the centre, also is a sandy beach. With rocks on the beach and rock plateaus in the water at both ends of the beach. The Sorgun Beach is located in the district of Sorgun and this consists of fine sand. This last beach is called the Eastern Beach. Hotel guests of the West Beach (also called Hotel Beach) often come to the Eastern Beach, because this beach is nicer (finer sand) and quieter! And that is a fact!

At sunset, the beach is a popular place to take the most romantic pictures of your beloved, of together, your little family or just the “dying” sun, slowly sinking into the Mediterranean. Naturally, you can also enjoy a drink at one of the beautiful beach bars, which will be open all year as of 2009/2010. You are most welcome and enjoyment is assured.

There’s lots to do in Side. This various from activities around the beach and water, the beautiful nature in the direct vicinity and the rich culture of Side. Below, we offer you a selection, but it is well worth the effort to look further and to certainly visit the tourist office on arrival.

Hospitality is natural to the Turk. True to the rules of the Koran and congenital friendliness make the Turks fantastic hosts. A stranger in Turkey never is a tourist, he is a “Konuk”, a guest. Even the poorest villagers feel obliged to receive a foreigner in the best possible way. Because of all this hospitality you might feel uncomfortable, because you simply cannot refuse anything. But drinking a lovely coffee or tea is the best possible reward for your host.

Walking to the beach takes approximately 10 minutes.
A walk to the old centre takes between 15 – 20 minutes.

Detailed map of Side